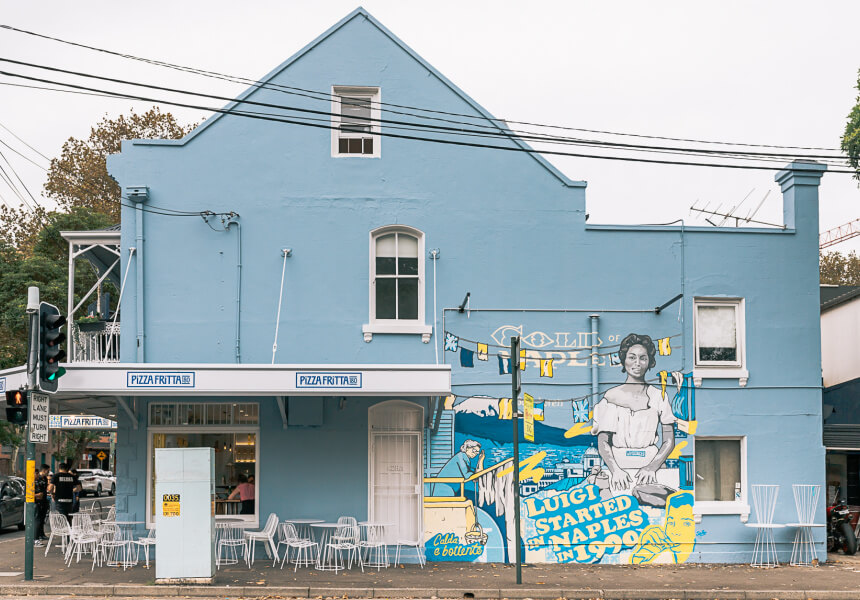 You’re in good hands: the chef has been making these cheesy bundles since he was 11. Plus there are fried desserts, such as Nutella calzones and doughnuts made-to-order and sprinkled with cinnamon. 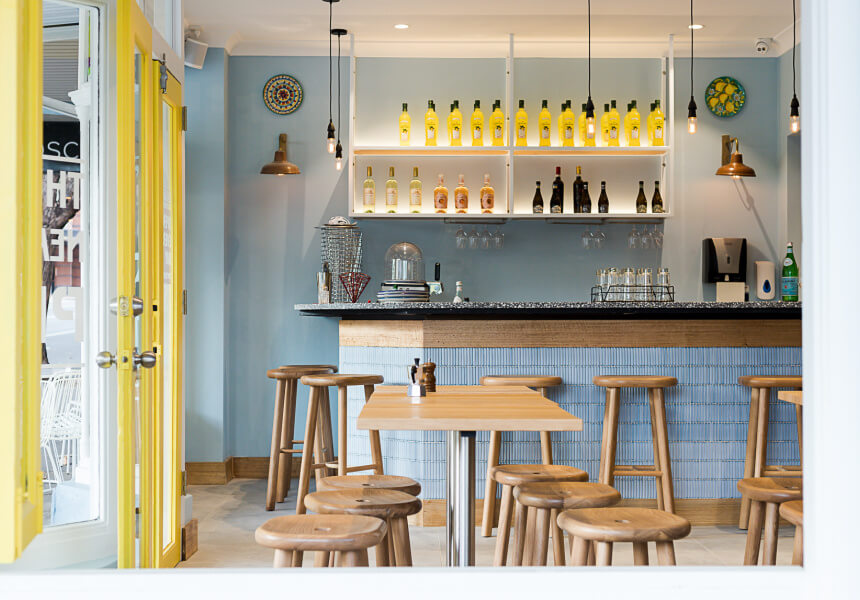 Meet Pizza Fritta 180, a casual eatery on the corner of Crown and Foveaux Streets opened by Luigi Esposito, the founder of Sydney pizza institution Via Napoli. It takes its name – and menu – from one of Naples’s oldest street foods: flash-fried pizza. (The “180” refers to the temperature of the oil in which the pizza is fried.)

Fried for one minute, pizza fritta is crisp on the outside and gooey in the middle. Esposito uses his nonna’s recipe, which he’s been perfecting since he was 11 years old. 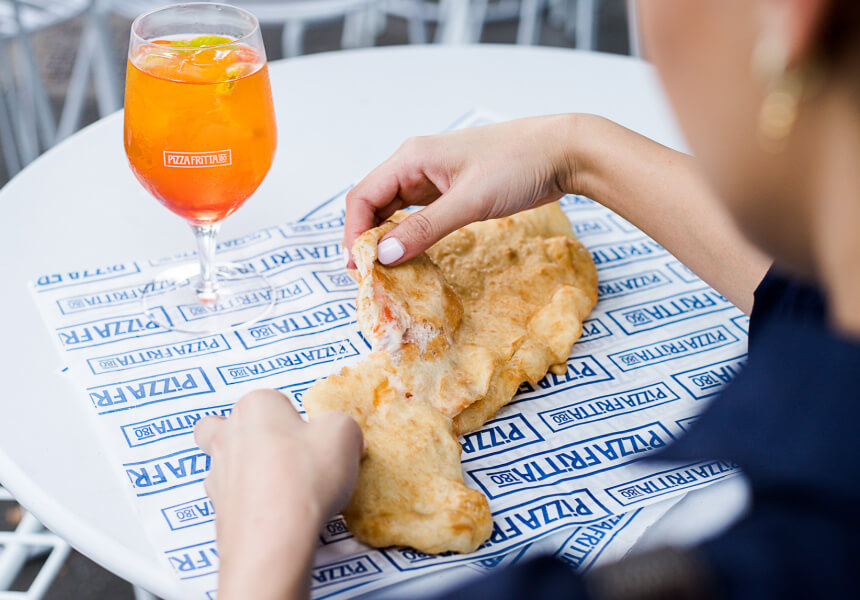 “I grew up making pizza fritta in Naples,” he tells Broadsheet. “It’s how I spent my childhood. I would yell in the street to tell everyone we were cooking, and I would take orders and then deliver them on foot.” 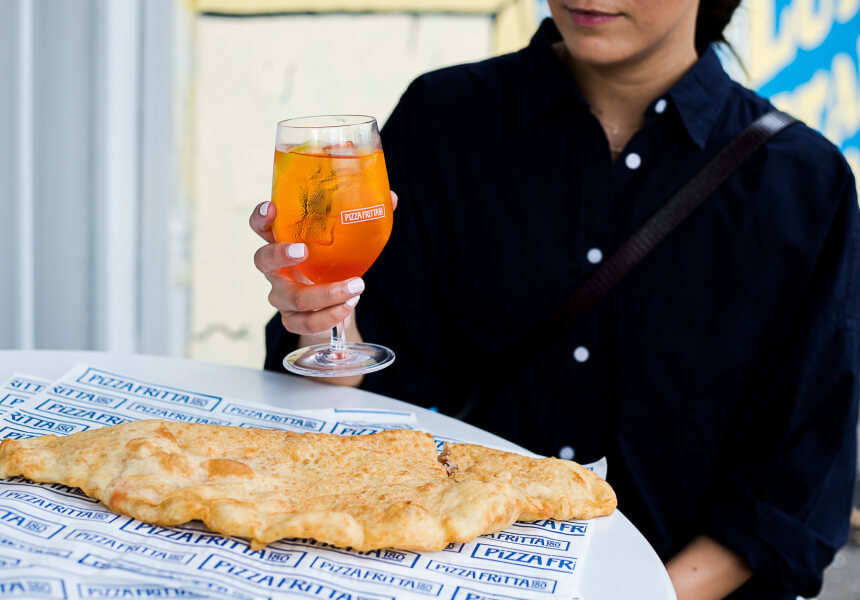 Each golden bundle is topped or filled with one of eight combinations of Italian ingredients, including three fillings named after Esposito’s daughters. Elena is a mix of pork, provolone, ricotta and pepper; Allegra comes with ’nduja (a spreadable, spicy Italian salami), ricotta, caciocavallo (curd cheese) and tomato; and Chiara is a classic combo of tomato, mozzarella, pepper and basil.

“We want you to sit with the pizza in your hand and relax, and enjoy it,” says Esposito. (Pizza fritta is like a fried calzone.) “It’s made for you to hold.” 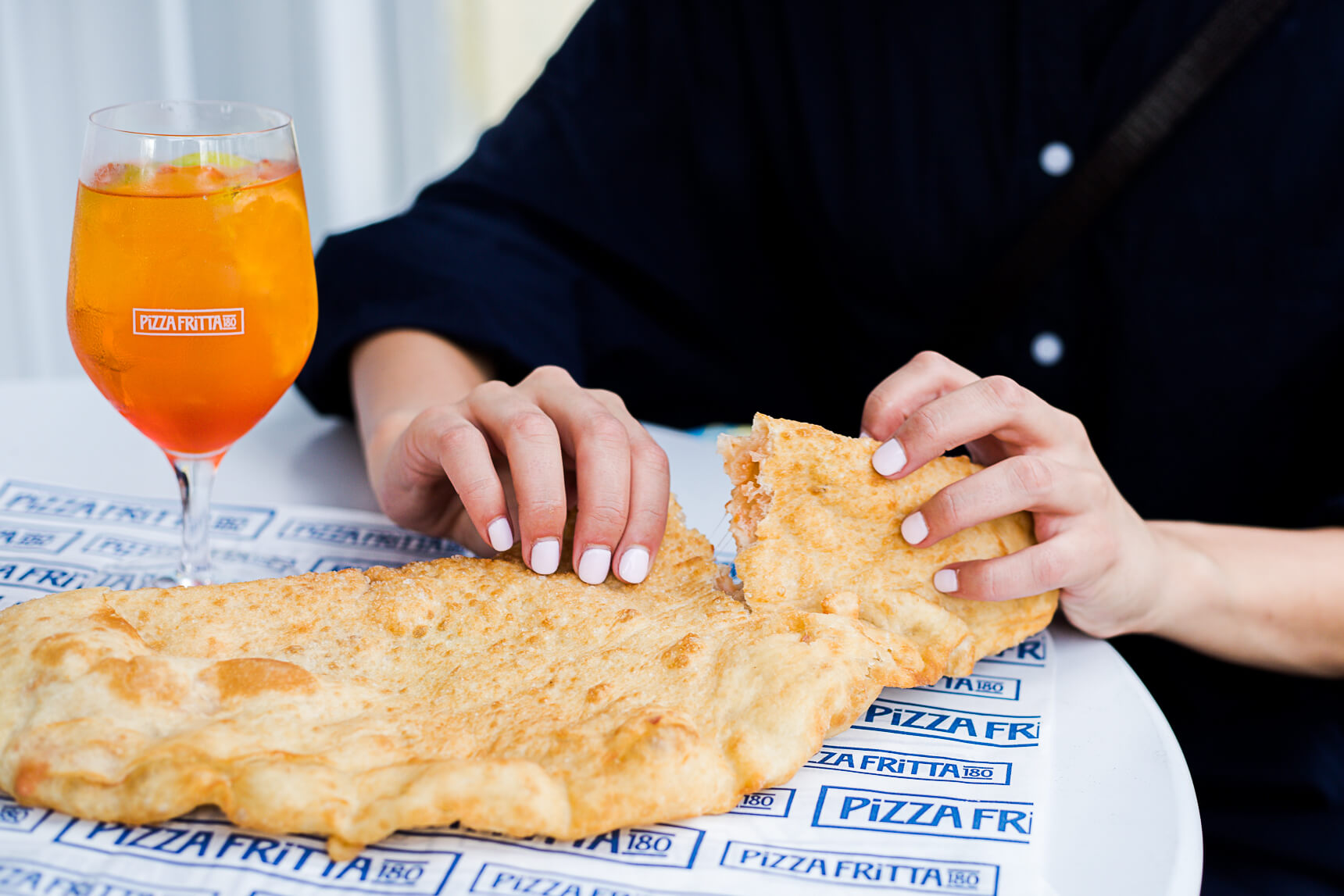 If you’re super hungry, go for a large; if you’re moderately hungry, make it a small (known in Naples as a “half-moon”). 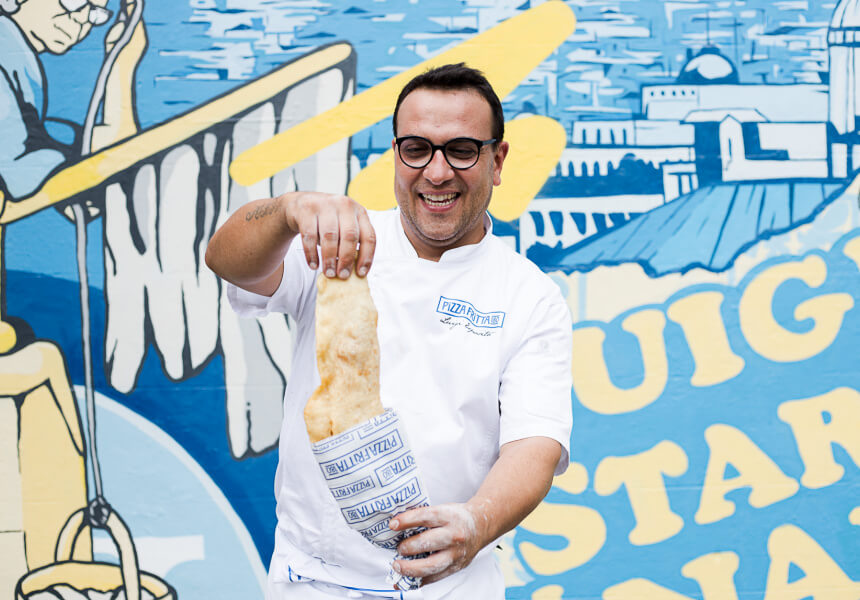 There’s also a snacky option called montanare which, according to Esposito, is “like a doughnut” and topped with one or two ingredients. Here those toppings include salsiccia (sausage) and friarielli (broccoli rabe), and the vegetarian-friendly eggplant parmigiana. If you’d like even more fried food for dessert, there’s the Graffe Napoletane (a traditional doughnut fried-to-order and sprinkled with cinnamon); a Nutella calzone; and bombolone filled with strawberry and cream. 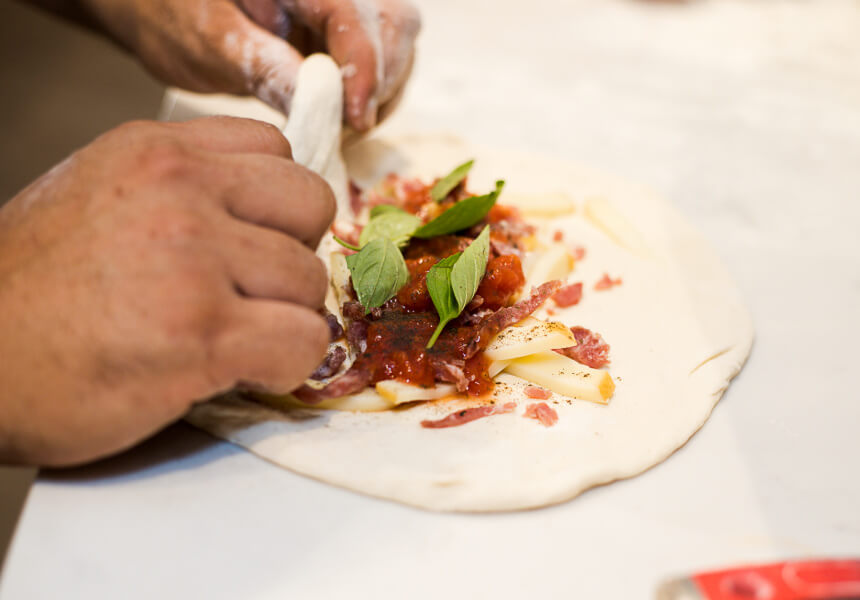 The Italian-leaning drinks list includes the usual suspects, such as Aperol Spritzes and Negronis, as well as a very refreshing Limoncello Spritz. There’s also a tight selection of wines. 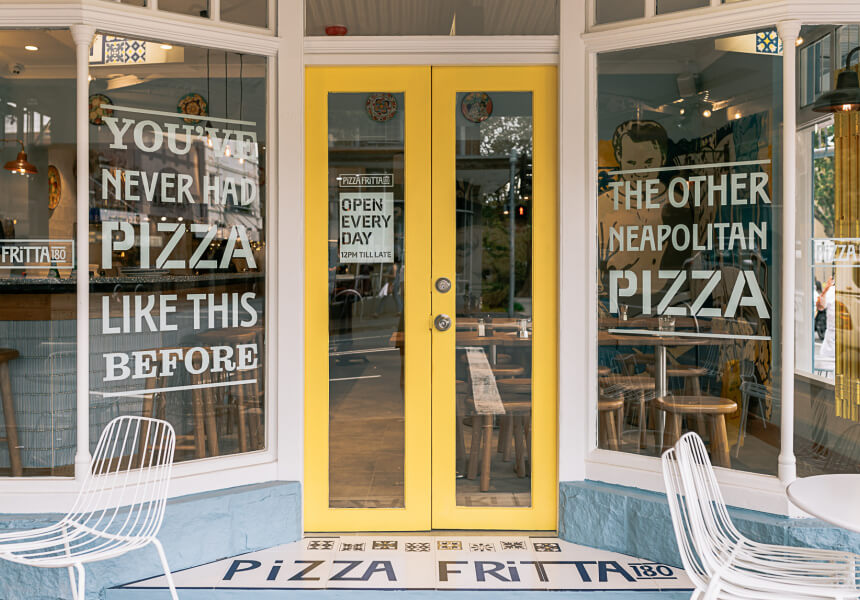 Unlike many Italian restaurants in Australia, the 50-seater takes its design cues from the light and breezy Amalfi coast. Think blues, whites and yellows in place of red-and-white tablecloths and dark wood. A mural depicting Esposito as a child cooking with his nonna (by Bondi-based artist Silly Pear) backdrops blonde timber furniture, rows of limoncello and decorative plates in bright colours. 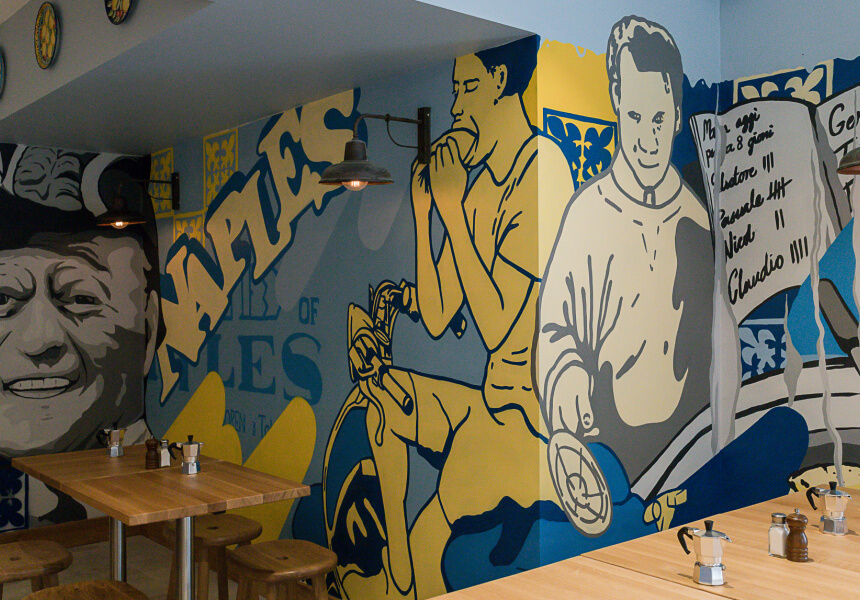 Outside, the same artist has painted an oversized image of Sophia Loren whipping up pizza fritta as she did in Vittorio De Sica’s 1954 film The Gold of Naples. There’s also a bunch of outdoor seating, so you can people-watch as you eat. 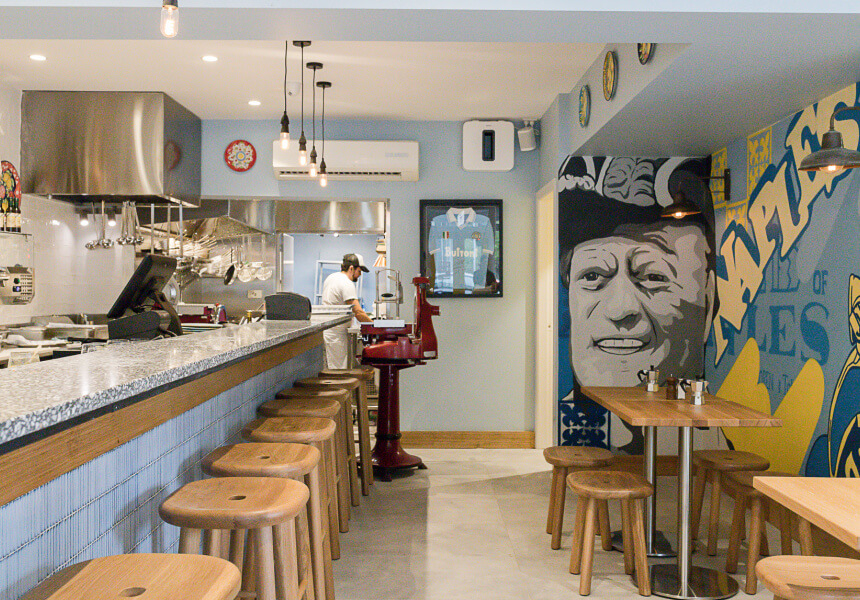 “On this corner, I feel like we’re part of what’s becoming a Little Italy,” says Esposito. “There’s Gelato Messina across the road and The Dolphin Hotel just a couple doors up. It’s the right place for Pizza Fritta.” 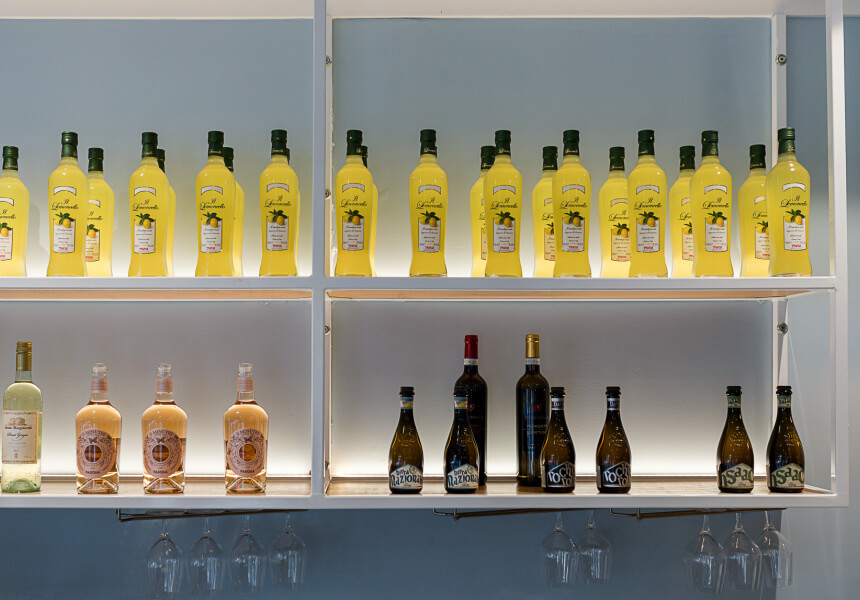