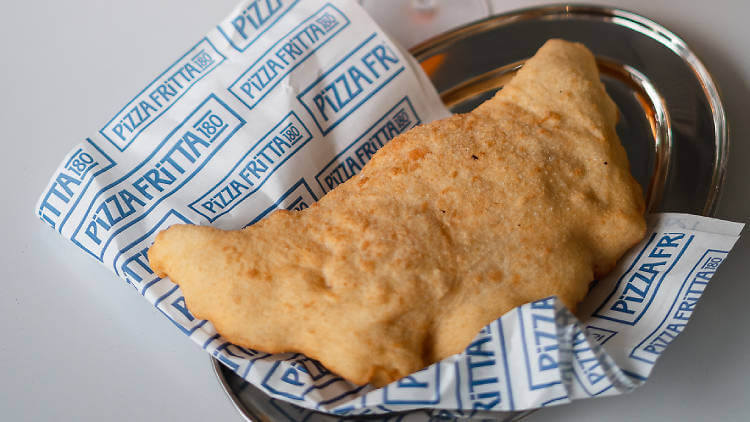 In the past few months (or as we wistfully refer to it here at Time Out, the Beforetime), Surry Hills had further cemented itself as Sydney’s unofficial Little Italy with several new pizzerias opening in the suburb, adding to its already impressive list of Italian diners. You might assume that, quality of produce notwithstanding, one slice is much like the next, but not so at Pizza Fritta 180, a new fast-casual eatery on the corner of Foveaux and Crown.

Championing the signature street eats of Naples, its deep-fried delights resemble a calzone, but with a crisp, golden exterior, flash-fried in just 60 seconds. Following its much-hyped launch in February, this passion project by Luigi Esposito, the founder of Sydney’s hugely popular Via Napoli chain, looked set for barnstorming success. But then the city shutdown came to pass, stopping Pizza Fritta’s ascent in its tracks.

However, down but not out, this sunny shop has soldiered on, serving up take away in accordance with current restrictions on table service. Now, to move with the times, it’s also begun delivering, so you can enjoy an authentic taste of Naples from the comfort of your own home. You can order from Pizza Fritta 180 daily from noon until 10pm via UberEats.