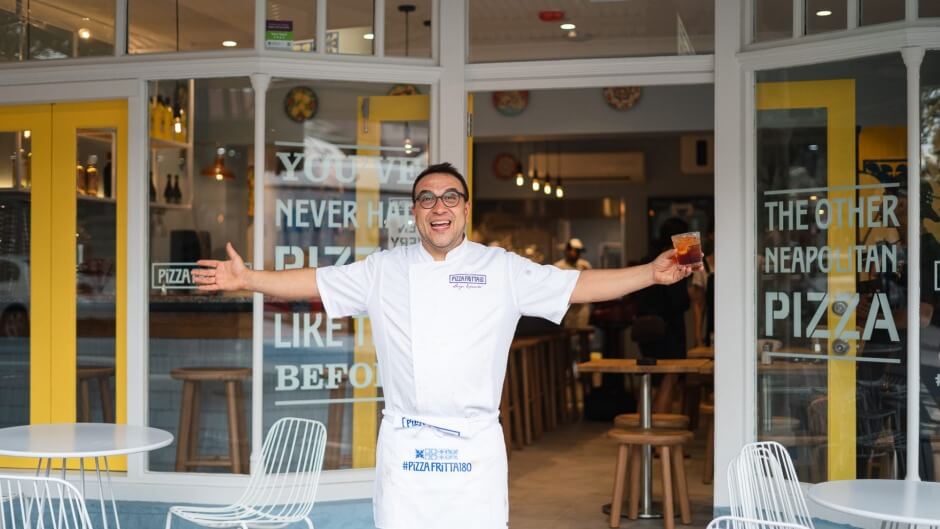 It’s rude to eat on the street in some cultures. Evidently not in Naples nor, as of today, Surry Hills.

Luigi Esposito gives you his blessing as he swings open Pizza Fritta 180, on Crown Street.

“I’d love to see people out on the street like in Naples,” says Esposito. “We can seat 30 or 40, but it’s street food. It’s a great thing to grab late, which is why we’re applying for a 2am licence.” 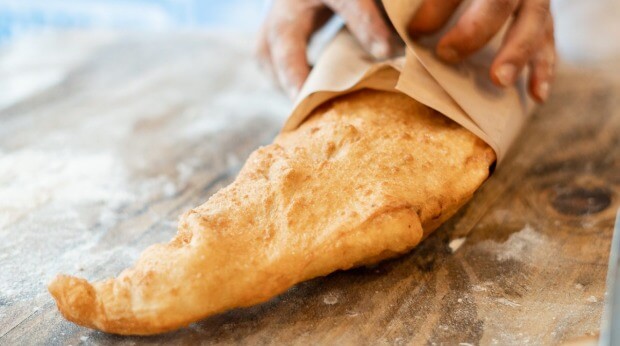 It is the flash-fried pizza Esposito has been eating since childhood and even sold house-to-house in his neighbourhood as a pre-teen. The 180 in the name is a reference to the temperature of the oil they cook at.

Early this month Good Food revealed Esposito, the man behind the pizza many judge the best Neapolitan-style in Sydney, had snared the site on the corner of Crown and Foveaux.

But even before his arrival, the two blocks of Crown Street between Foveaux and Albion were mounting a strong case for the title of Sydney’s emerging Little Italy. Pizza Fritta has opened on the same side of the street as the Maurice Terzini-fronted Dolphin Hotel and across from Jared Merlino’s Bartolo and Eugenio Maiale’s Flour Eggs Water.

Esposito believes Pizza Fritta 180 will tie in with another near neighbour. “I’d love to see people lined up out the front like Messina,” he says.

Neapolitan pizza's little-known sister comes to Sydney
First Look: The Pizza Is Fried at New Surry Hills Diner Pizza Fritta 180
These Are the Sydney Restaurants and Cafes Reopening for Dine-In Service from May 15